The Scientific Advisory Committee (“SAC”) provides guidance and oversight for the research conducted within BRIO to ensure only high quality, relevant studies are performed for the purpose of furthering advancements in Orthopaedic medicine. 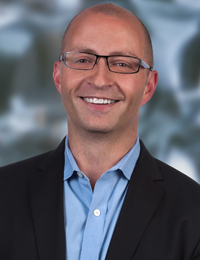 “I am inspired by helping people get back to doing the things they enjoy.”

A native Oregonian, Dr. Denard has been voted one of the top 20 shoulder surgeons in North America and is the most widely published shoulder specialist in Oregon. Dr. Denard has advanced arthroscopy training and is able to perform the vast majority of shoulder procedures in a minimally invasive fashion, including all types of rotator cuff and instability repairs. These techniques allow him to repair tears that some consider “irreparable.” In addition, he performs anatomic and reverse shoulder replacements for shoulder arthritis.

In addition to his position at Southern Oregon Orthopaedics, Dr. Denard is an instructor at Oregon Health & Science University, and serves as Director of Shoulder and Sports Medicine at Providence Medford. He continues to participate in research, presenting nationally and internationally and regularly instructs other orthopaedists at courses on the shoulder. He is also the co-author of a textbook on shoulder surgery: “The Cowboy’s Companion: A Trail Guide for the Arthroscopic Shoulder Surgeon,” which provides step-by-step instructions for orthopaedic surgeons performing shoulder arthroscopy. 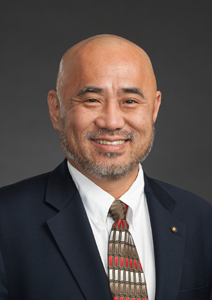 Dr. Lee received his undergraduate degree in Bioengineering and his Master of Science degree in Applied Mechanics from the University of California, San Diego. He completed his doctorate degree in Biomaterials at Gothenburg University in Sweden. He currently serves as a Professor in Residence and Vice Chairman for Research in the Department of Orthopaedic Surgery and Professor in the Department of Biomedical Engineering at the University of California, Irvine.

Dr. Lee is an elected Fellow of the American Society of Mechanical Engineers (ASME), which is the highest distinction that is awarded by the society. He is also a Fellow of the American Institute for Medical and Biological Engineering (AIMBE), which recognizes individuals who made a significant contribution to the field of Biomedical Engineering, and an elected member of the American Shoulder and Elbow Surgeons, Orthopaedic Research Society, American Society of Biomechanics, California Orthopaedic Association, Society for Biomaterials, Biomedical Engineering Society, and American Orthopaedic Society for Sports Medicine. He has published over 200 full length manuscripts, 400 abstracts, and several book chapters. He gives invited lectures, as a visiting professor, both nationally and internationally on shoulder and knee biomechanics. 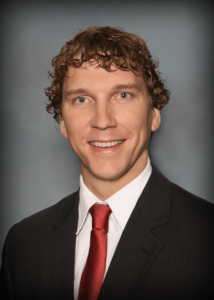 Dr. Balldin is an orthopaedic surgeon well versed in treating musculoskeletal ailments.  He has fellowship training in sports medicine by some of the pioneers of shoulder, hip and knee arthroscopy and reconstruction.  In addition to his sports medicine specialty training and care for all sports injuries he also treats fractures and performs total joint replacements.

Dr. Balldin continued his education at the University of Texas – Houston Medical School where he was a Merck Scholar.  His orthopaedic residency education was completed at the University of Texas Southwestern Medical Center in Dallas, Texas where he was actively involved in covering local high school football teams throughout his training.  Following residency, he was selected for the very prestigious Steadman Clinic in Vail, Colorado for his orthopaedic sports medicine fellowship.  During his time in Colorado he continued to be a team physician covering a local high school and all its sports teams.  He also had the opportunity to be a physician covering the US Ski Team during the 2011-2012 season and help take care of athletes from MLB, NBA, NFL, NHL, PGA and many professional soccer leagues from around the United States and the world.

Dr. Balldin has published scientific investigations and continues to be involved in research.  He enjoys teaching and wishes to continue developing his clinical practice in addition to furthering orthopaedic knowledge.  He wants to provide optimum care for his patients.

In his spare time, he enjoys spending time with his wife and chasing after their three young children.  He is also a sports enthusiast that likes the great outdoors, triathlons and working out. 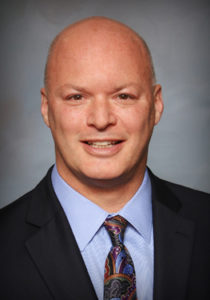 Dr. Thomas DeBerardino is an orthopaedic surgeon and retired US Army Veteran specializing in arthroscopic surgery of the knee, shoulder, and hip and reconstructive procedures of the knee and shoulder.

Dr. DeBerardino graduated from the United States Military Academy in West Point, NY in 1985. He attended New York Medical College and then completed his internship and orthopaedic residency at Tripler Army Medical Center in Honolulu, HI. Dr. DeBerardino completed his training with the two year John A. Feagin, Jr, Sports Medicine Fellowship at both Brooke Army Medical Center and the United States Military Academy’s Keller Army Hospital. He returned to Brooke Army Medical Center in 1997, where he became the Chief of the Sports Medicine Service before moving back to West Point in 2001.

Dr. DeBerardino completed his 24-year Army career at the rank of Colonel. He served as Director of the West Point Sports Medicine Fellowship and Head Team Physician for Army Athletics before his retirement from the Army in 2009. Dr. DeBerardino returned to San Antonio after spending seven years from 2009-2016 as an Associate Professor and Orthopaedic Team Physician for the Orthopaedic Surgery Department at the University of Connecticut Medical Center and the UCONN Athletic Department.

He has pioneered a number of open and arthroscopic knee and shoulder procedures, and is a frequent speaker and teacher at national and international medical symposia on these procedures. He is board certified in orthopaedic surgery and sports medicine by the American Board of Orthopaedic Surgery.

Dr. DeBerardino has been involved teaching medical students, orthopaedic residents, and sports medicine fellows for his entire career. He served as Fellowship Director at West Point and Assistant Fellowship Director at UCONN Health. He is currently serving as Co-Director of the Combined Baylor School of Medicine & San Antonio, Texas Sports Medicine Fellowship.

He also serves as Executive Director for the Burkhart Research Institute for Orthopaedics (BRIO). 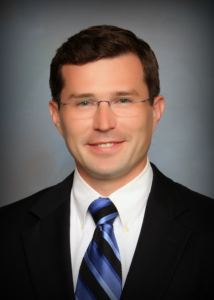 Dr. Hartzler was born in Austin and graduated from high school in Irving. After studying chemical engineering at The University of Texas at Austin, he taught junior high math and science in Austin. He was the highest ranking graduate from his medical school class at The University of Texas Southwestern Medical School and went on to complete his orthopaedic surgery residency at the Mayo Clinic.

Dr. Hartzler remains active in the orthopaedic academic community. He has published scientific articles and book chapters on various topics related to shoulder and elbow surgery. He volunteers as a peer reviewer for The Journal of Shoulder and Elbow Surgery and Arthroscopy and has presented his scientific research at several academic meetings. Additionally, Dr. Hartzler has many active research and writing projects with his physician partners at TSAOG as well as UTHSCSA medical students.

Dr. Hartzler is married, and has three children.  He enjoys running, working out, and spending time with his family.